For the next addition to this repository of helpful hints, I'm going to cover something somewhat technical I've run across.  In GIS mapping, your source data from the Feds or from a state will typically not include Quarter Quarter sections or "40's."  Sometimes Quarter Sections will be included, but that varies from state to state.  If you're mapping any kind of real property, "40's" are going to be heavily involved in getting stuff correctly located on the surface of the earth.

Why not?  Because the subdivision of Sections works the same way as the subdivision of Townships into Sections - the center divisions are supposed to be perfect, with the ones around the edge making up the difference between the real shape and the ideal (a six mile by six mile square for Townships and a one mile square for Sections).  That means that, in the case of Sections, the center "40's" are supposed to be, well, 40 acres each.  They should be 1,320' x 1,320' parallelograms.  If you have a section that's, say, 5,100' x 5,200' rather than a 5,280' square, the technique I described above will produce "40's" that, well, aren't.  They'll be roughly even features of ~38.05 acres each.

First, use the Feature to Point tool in ArcToolbox to create a layer with the centoids of your Sections.  You can find it here: 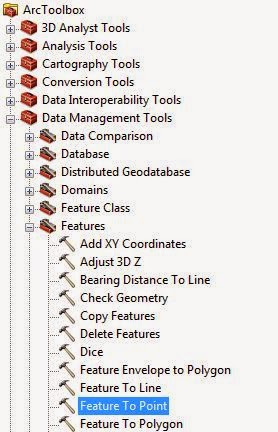 Then, copy your Sections into a layer for "40's" as I described above.

Next, select a single Section (you have to do this one Section at a time) from your "40's" layer and select the Cut Polygons Tool from the Editor toolbar.  Now start cutting.  Go from the centoid to the midpoint of the north line.  This point may be inside the polygon, so you'll need to create another point continuing the line (I use CTRL-A to specify the angle, and click on the line I just made to keep going at that angle).  From there, set your next point back at the centoid.  Continue for the south, east, and west lines.  If you finished your sketch at this point, you'd have Quarter Sections. 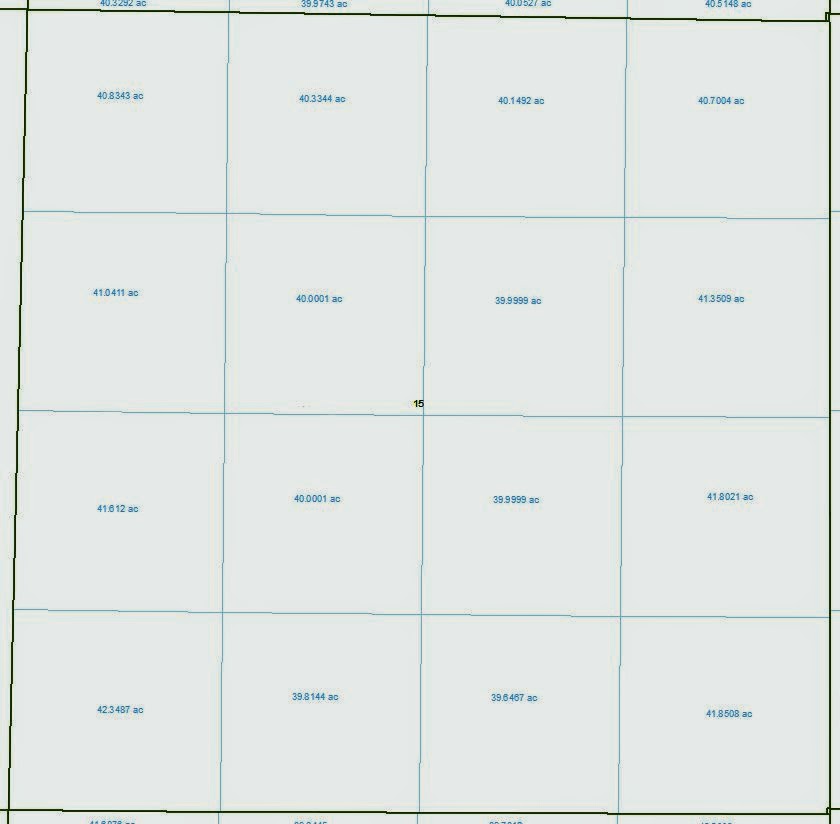 Here's a screen capture of me performing this process on a Section:

Hope this helps!
Posted by Unknown at 4:31 PM

Put over a decade of IT, Land Services, and GIS experience to work for you! Download my resume.